PLEASE NOTE : This is not a crisis service . If you are in crisis seeking immediate support, contact The Samaritans on T: 116123

About Our Founder And CEO

The founder and CEO of Action for Asperger’s is Elaine Nicholson, MBE. 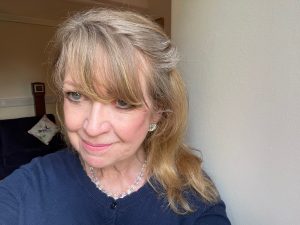 After the discovery of Asperger’s syndrome featuring in her own family, Elaine decided to formalise her familial knowledge. In November 2010 she attained a PGC in Asperger’s syndrome from Sheffield Hallam University, going on to achieve a master’s degree in autism. Her Master’s subject was ‘a bespoke model of counselling for lives that have become adversely affected by the experience of Asperger’s syndrome’. From this master’s degree, she created a bespoke model of working with autistic lives. Elaine frequently speaks UK-wide about ‘what works when counselling autistic lives?’ and she also presented in person in November 2019 at The World Autism Congress in Houston, USA.

Elaine has thousands of hours of counselling autistic lives under her belt. She is also ADOS-2 trained through Pearson Assessment under the tutelage of Dr. Fiona Scott (September 2014) and has acted as a second professional for ADOS and ADI-R assessments for many years. Elaine works closely with psychologist
colleagues doing diagnostic assessments.

In Elaine’s pre-counselling working life, she worked for many years as a medical manager in doctors surgeries and health centres. She was also a freelance writer for magazines such as GP, Pulse, and Practice Manager on practice management related subjects. Nowadays, she writes for several magazines, including BACP Healthcare magazine and SEN magazine on all things autism related.

Elaine believes that her best qualification in the field of autism-specialist counselling is that of ‘life’ ~ of her familial experience of living with/amongst Asperger’s syndrome/autistic individuals.  Elaine’s clients
have reported that she ‘gets it’ from both sides.

Elaine created a “world first” in Action for Asperger’s; a charity/organisation that exclusively counsels lives affected by Asperger’s syndrome/autism by using a bespoke counselling modality. From 20 clients (seen in Elaine’s sitting room in 2012), ten years later, the charity is 7,000+ clients strong, across two sites, and is worldwide thanks to video technology.

In the Queen’s Birthday Honours published in June 2016, Elaine was made an MBE (Member of the Order of the British Empire) by Her Majesty Queen Elizabeth, for services to Education and Asperger’s Syndrome. This was a very proud moment for Elaine and it was completely unexpected. Elaine said, “I was particularly pleased as this was the first Queen’s honour to be awarded for Asperger’s syndrome specifically; moreover, the award gave the Asperger’s community some recognition, which was important, bearing in mind that the diagnostic label of
Asperger’s syndrome was removed from the DSM-5 in May 2013 and thereafter fell under the clinical descriptor that is known as “autism spectrum disorder”. Elaine was also made a ‘Point of Light’ by the then prime minister, the Rt Hon David Cameron in June 2016 also.

Elaine remains dedicated to the cause that is Action for Asperger’s. 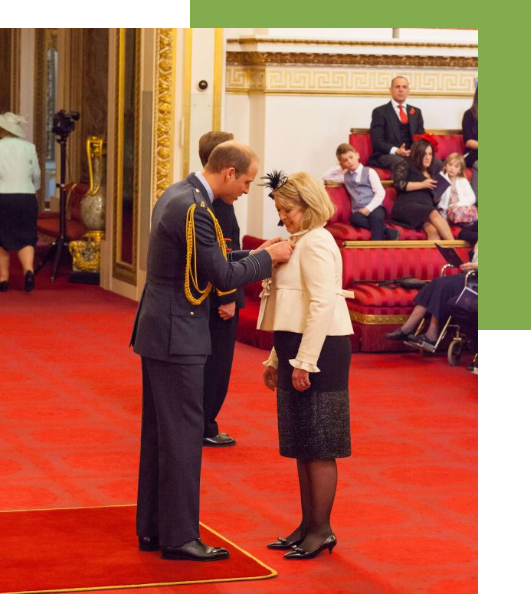 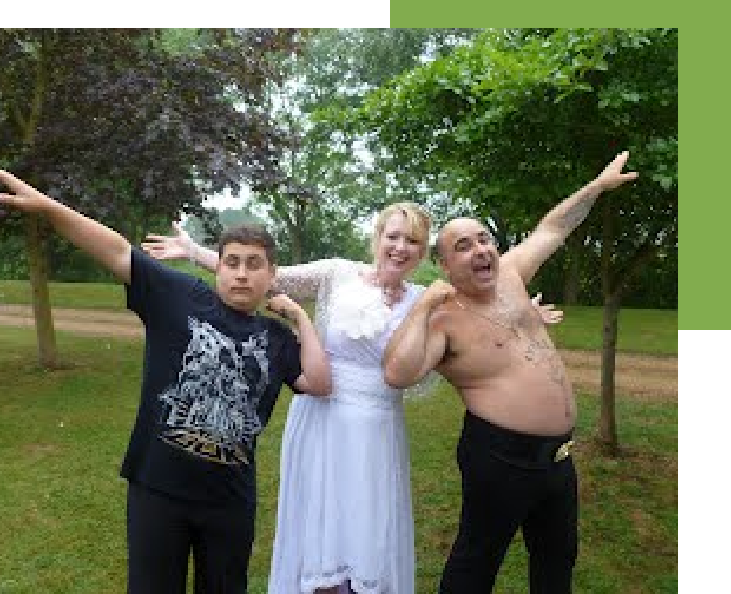 Elaine (centre) pictured with ‘Stavros Flatley’ who were helping to raise funds for Action for Asperger’s in June, 2011. 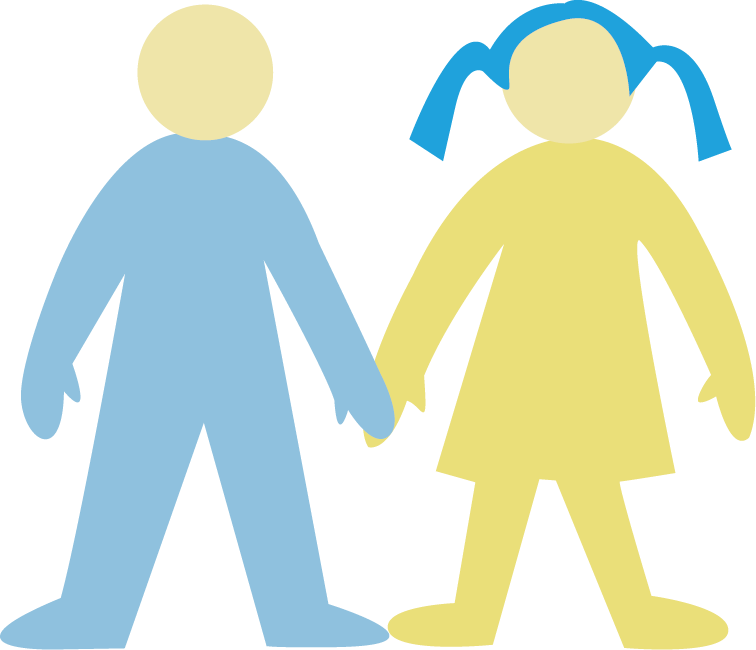 Supporting you for
today and tomorrow